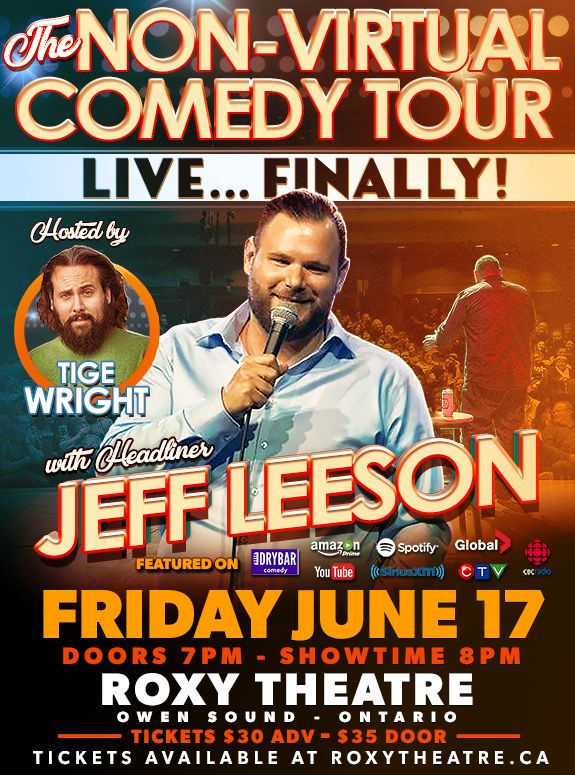 Nationally touring Stand Up Comedian Jeff Leeson brings The Non Virtual Comedy Tour to Owen Sound for a night of live comedy you won't soon forget! With over 5 Million views of his stand up comedy videos on social media, Comedy Specials on Amazon Prime and a Dry Bar Comedy Special that was just released, come find out why this comedian has been described as a human fireworks display and one of the best this country has to offer! This is one show you DO NOT want to miss!