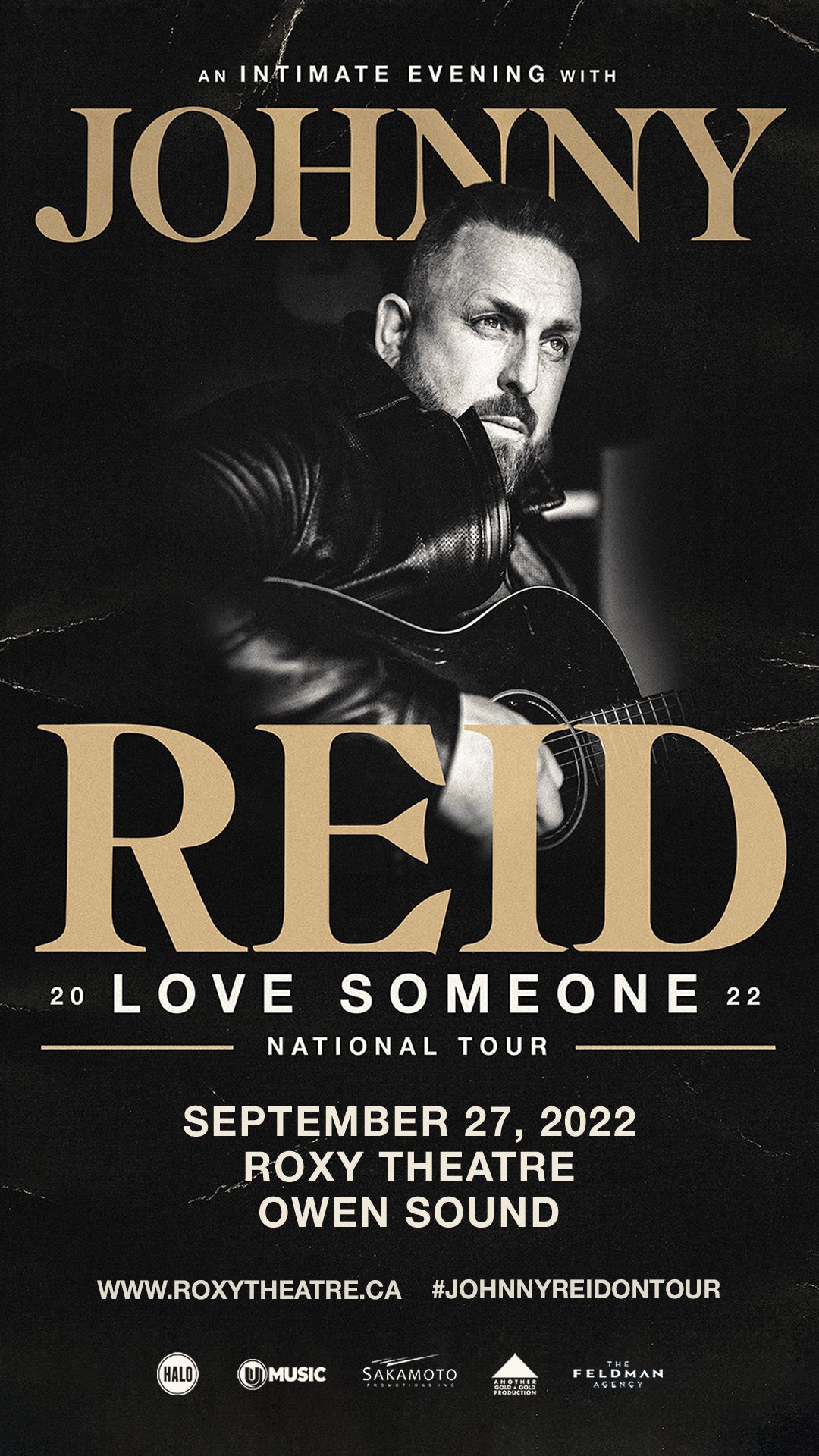 An Intimate Evening with Johnny Reid

Owen Sound will host Johnny Reid at Roxy Theatre, Tuesday, September 27th. This new stop will be added to the Love Someone Tour which started in March and will end at the end of October, with Johnny Reid performing close to a 100 shows. Love Someone is Reid’s 11th studio album and was released on October 15 via Universal Music Canada. A return to his country roots, the album marks his most inspired collection of songs to date. Complementing the album’s inherent intimacy, the tour will give fans a rare chance to hear Reid live in a highly up close and personal setting as opposed to the major market venues and colossal crowds he typically draws. The past ten years has seen Reid perform to over 1 million people; on this tour, fans can expect an uplifting evening of songs and storytelling with the chart-topping, singer-songwriter.With an incredible 1.5 million albums sold, Reid is a critically acclaimed singer widely known for his lyrical honesty and musical capability, as demonstrated by an extensive catalogue of hit songs and Platinum selling albums. His illustrious career has also garnered him 26 Canadian Country Music Awards, 6 JUNO Awards and multiple sold-out national arena tours. Reid is also a recipient of the Slaight Music Humanitarian Award and the SOCAN National Achievement Award. His songwriting connects with audiences of all ages from across the globe, inspiring fans with his unique ability to uncover beauty behind life’s ebb and flow. “The pandemic has taught me a lot about the value of time. I’ve given a lot of thought about how and where I want to spend my time. I’m really excited to bring this tour to as many places as possible. I can’t wait to reconnect with all of the people that have supported me all of these years in a more intimate concert experience”, said Reid.